If you’ve read my previous blog on how excited I was to see Tommy James and the Shondells, then you know my story of listening to old cassettes with my mom growing up. So of course when I saw Jackson Browne was coming to Lincoln, I had to score some tickets. And that meant dragging Scott along even though he claimed he only knew two songs. This from the man who said the same thing about Bryan Adams yet knew every word to almost every song at that concert.

Jackson Browne was playing at the Pinewood Bowl Theater in Lincoln, a venue I’d never been to before and after this experience, can’t wait to go back to. The weather was perfect and I was impressed with the arrangement and quality of folding chairs provided. The only hiccup was getting sent back at the entrance because we had non-clear purses. So it was a bit of a hike to and fro but I counted that as my workout for the day. Not that I really have any sort of true workout scheduled ever anyway.

We had awesome seats on the ninth row. The show started promptly at 7 and he played for three hours with only a small 15 minute intermission. He was personable, funny and told some of the stories behind the music. He sounded amazing and I could have sworn I was back in the 70s. Well, listening to the cassette tape in the 90s from the 70s. Either way, it was impressive.

The production was large for an outside venue and included some amazing musicians along with a pair of backup vocalists. The lead electric guitarist looked exactly like Colin Mochrie from “Whose Line Is It Anyway”. So much so that I couldn’t stop looking at him and asking myself if it really was Colin. I should have gotten a closeup. 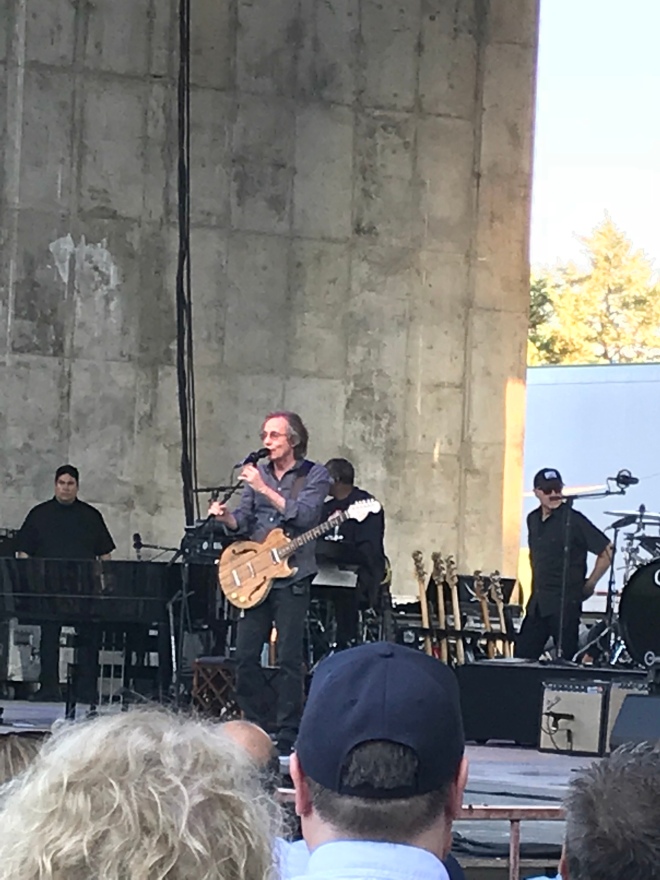 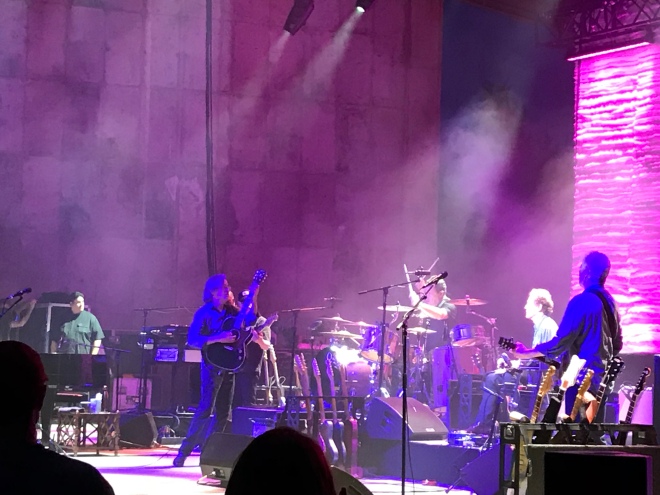 During the show, people would shout out random songs and Browne was happy to oblige. He switched up the set list several times, accommodating the crowd saying he never knew which of his people would show up. Two encores later, I was sure I’d heard every song I knew and then some. My mom was bopping along towards the end even Scott thoroughly enjoyed the show. We had a new, great appreciation for the artist and we learned that he co-wrote “Take It Easy” together with Glenn Frey.

So now I can officially say that Jackson Browne has allowed me to complete my Cassette Tape Concert Series along with Tommy James and the Shondells, Tom Petty, Bryan Adams and Fleetwood Mac. My mom has accompanied me to all which is fitting since she was the one to introduce me to this amazing music in the first place. So thanks Mom. And Scott, you’re welcome for introducing you to a few of these classics as well. 😉

This is a text widget, which allows you to add text or HTML to your sidebar. You can use them to display text, links, images, HTML, or a combination of these. Edit them in the Widget section of the Customizer.
Loading Comments...
Comment
×
%d bloggers like this: